I’m running waaaay behind on my P52 project!  I’ve been shooting but not necessarily along the theme.  So, I’m trying to catch up.  This week (2 weeks ago!) was all about centered composition.  Generally when you frame up a picture you want to follow the rule of thirds (nutshell: draw a three by three grid on your image and put your areas of interest along the top, bottom, right or left side of this vs. dead center).  But there are times when center composition makes a really strong image.  I tried to find a good example but I really favor the thirds it appears.  So I set out to try to capture something with centered composition.    This was one of the better ones.  I really wanted to focus on her expression and there wasn’t much of interest around her so it worked out to put her right in the middle.

I love that little face! 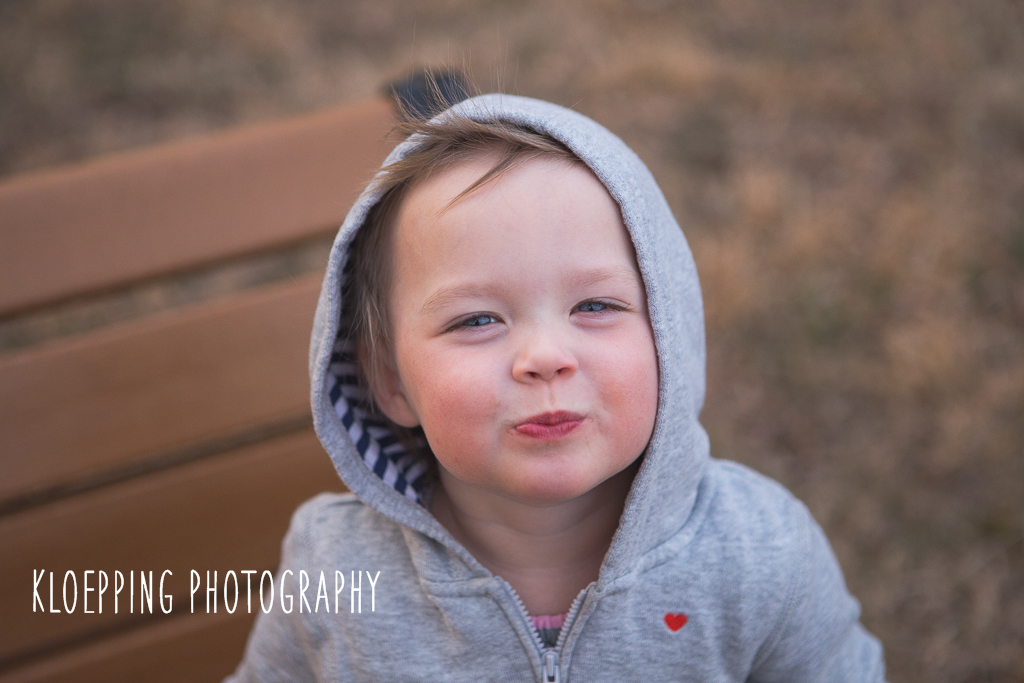